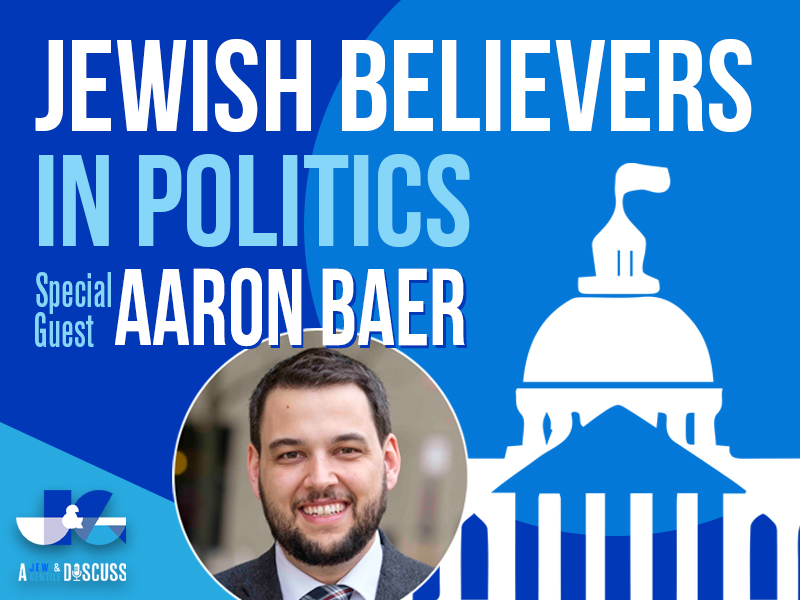 What are the two topics that society says to avoid if you want to have a peaceful dinner with your extended family? Politics and faith. Well, in this episode of A Jew and A Gentile Discuss, co-hosts Carly Berna and Ezra Benjamin welcome Aaron Baer to talk about both. Why? Because it’s important stuff, and as Ezra puts it, hey, “we like to discuss!”

We value our right to vote, and, if we’re diligent, we perceive it as a serious responsibility. But how many of us are willing to get in the trenches and fight the fights? Thank the Lord some Believers do just that. Aaron Baer is one of them. Aaron is the CEO of Citizens for Community Values (CCV), Ohio’s largest Christian public policy organization. He joins A Jew and A Gentile Discuss to share what it’s like to be a Jewish Believer and in the thick of things politically.

Along the way, you’ll hear Aaron’s take on: an explicit call upon the Church right now; the one question that every divisive issue in our culture today boils down to; the value of visiting Israel; and what’s at stake if Christians don’t come out of their bubble to recognize what’s going on in society today.

For more conversations around intriguing, relevant topics, check out additional episodes of A Jew and A Gentile Discuss wherever you listen to your podcasts or right here at www.ajewandagentilediscuss.org.