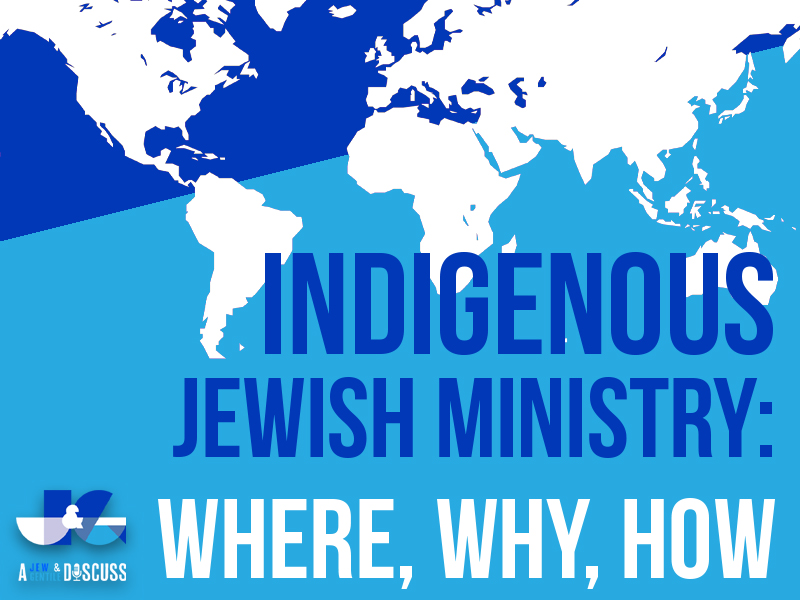 How do you take the Gospel to other cultures and countries and then train indigenous leaders to tend their flocks without expecting them to look, think and worship like you do? In this episode of A Jew and A Gentile Discuss, co-hosts Carly Berna and Ezra Benjamin welcome special guest Troy Wallace for some experienced insight into the subject of indigenous Jewish ministry. Troy is Vice President of Congregation and Leadership Development at Jewish Voice Ministries International.

And here’s an interesting fact: Troy’s not Jewish. Huh? He plants Messianic Jewish congregations and trains Messianic Jewish leaders, but he’s not Jewish himself? Yep, and when you hear his unique background, family and qualifications – especially as Carly puts him on the hot seat about that very question – you’ll see why Jewish people are willing to have him minister to them.

And we can’t forget the quirky question of the week that we asked of Troy: In all your travels around the world, what’s the weirdest thing you’ve had to eat?

You’ll also learn about the Lemba Jewish people of Zimbabwe, who have maintained their Jewish identity for millennia. You’ll hear about ethnicity vs. authenticity, the cultural sensitivity required in developing indigenous ministries, how Troy has addressed the matter of polygamist leaders and the three vital keys to ministering with cultural sensitivity.

Scriptures referenced in this episode: