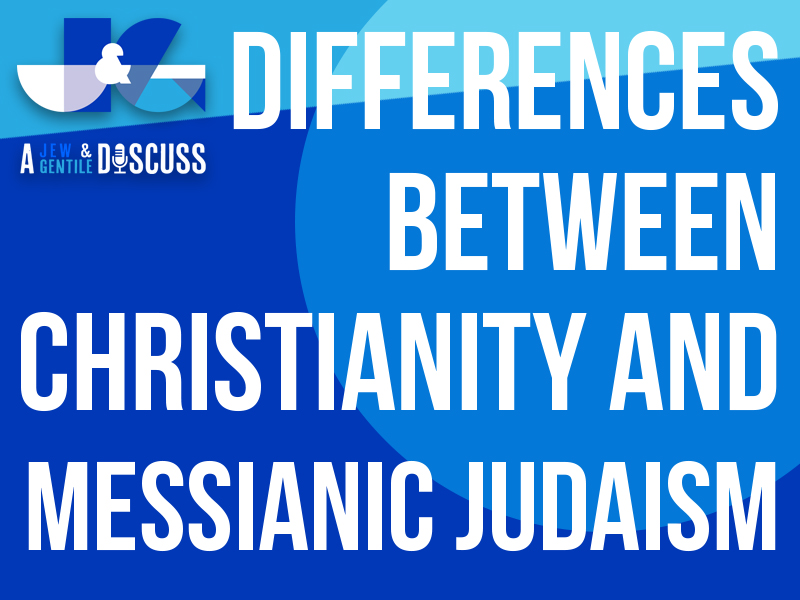 Using a question and answer format, Ezra and Carly ask each other questions coming from their own perspective and aimed at the other’s background and faith practices. Their discussion includes:

Carly also asks Ezra how he defines himself when people ask him about his religion, which gets at the heart of why Messianic Jews don’t call themselves Christians. They also discuss how the “good news” is an Old Testament concept that appears in Scripture long before the New Testament. Ezra explains how Messianic Judaism typically presents the Gospel in a way that “fills in some blanks” of the way many Christians share it.   You’ll also learn Ezra’s enlightening take on when “Messianic Judaism” really started.

Ending on a light, fun note, Carly and Ezra ask each other what their favorite holiday is on the other’s religious calendar.

If you want to hear more from A Jew and A Gentile Discuss, subscribe to the podcast anywhere you get your podcast content or go to www.ajewandagentilediscuss.org. And we’d love to hear from you. Leave us feedback. Ask us questions. We want to improve, and we want to hear what topics you want to explore as someone who is searching for things related to Israel and the Jewish people. Go to www.ajewandagentilediscuss.org, where there’s a place for you to get in touch.